The BMFA National Championships (or Nats) is a unique event held annually at RAF Barkston Heath close to Grantham in Lincolnshire.  The event brings together a wide variety of aero modelling disciplines from control line, pylon, scale, helicopters, IMAC and of course aerobatics to find the BMFA Nationals Champion in each category.  The GBRCAA run the aerobatics (or F3A) line on behalf of the BMFA to find the BMFA Nationals Champion in each schedule and the overall F3A British Champion who is the winner of the FAI event.  The FAI winner having flown preliminary and finals schedules is the recipient of ‘The Society of Model Aeronautical Engineers Radio Control Trophy’ that is presented annually at the BMFA Awards dinner.

This Trophy was jointly presented to the BMFA by Henry J Nicholls Ltd, 308 Holloway Road, London, (one of the most well known model shops of the middle 1900s) There is still a model shop on the premises today (2014) operating as ‘308Hobbies’ and A C Cossor Ltd. the British television and radio manufacturer along with many other well known names in the electronic industries of the day. Cossor was taken over by Phillips in the late 50s and in 1961 was acquired by Raytheon.  First won in 1948 by P C Doughty and has been awarded every year since with Ken Binks holding the record with 9 victories over an 11 year period.  A full record on the winners can be found on the GBRCAA Competition Results Archive.

More information on the BMFA Nationals Championships can be found on the following website – http://bmfa-nats.org/ . 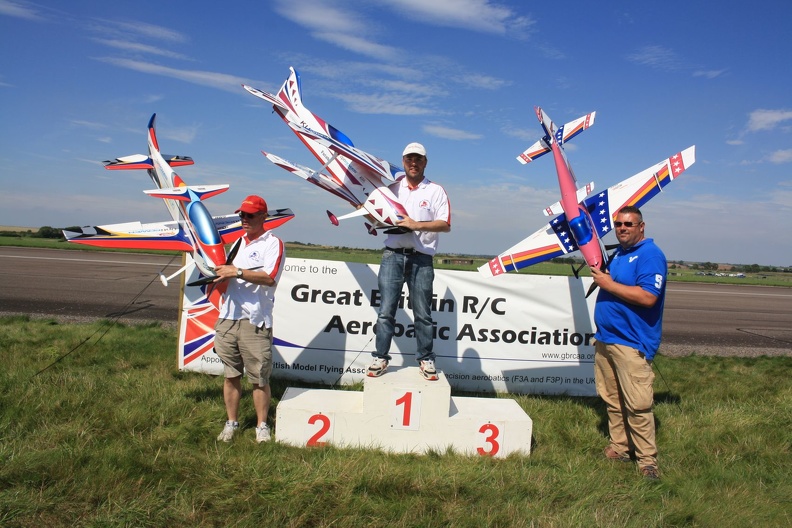 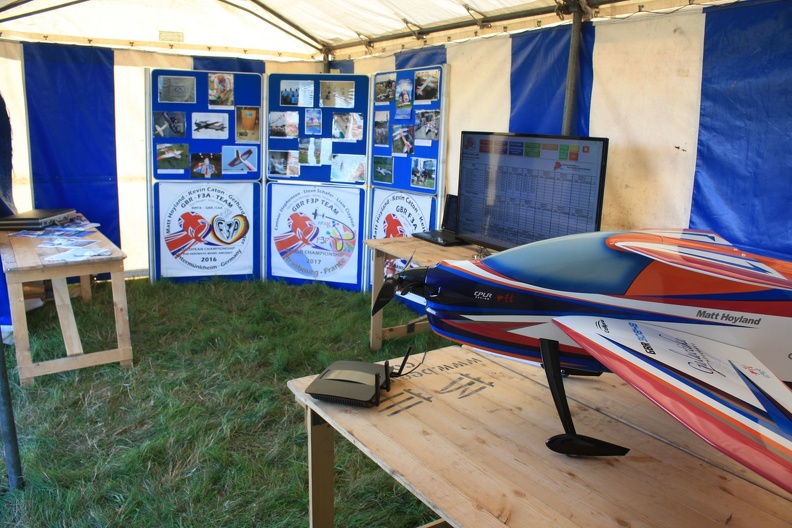 Our display to house the screen displaying the scores. 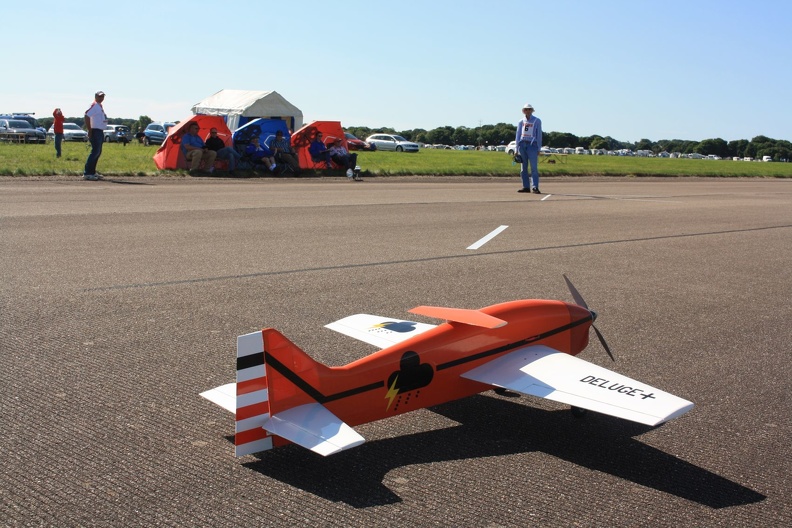 The 'Deluge' in the sun, awaiting clearance. 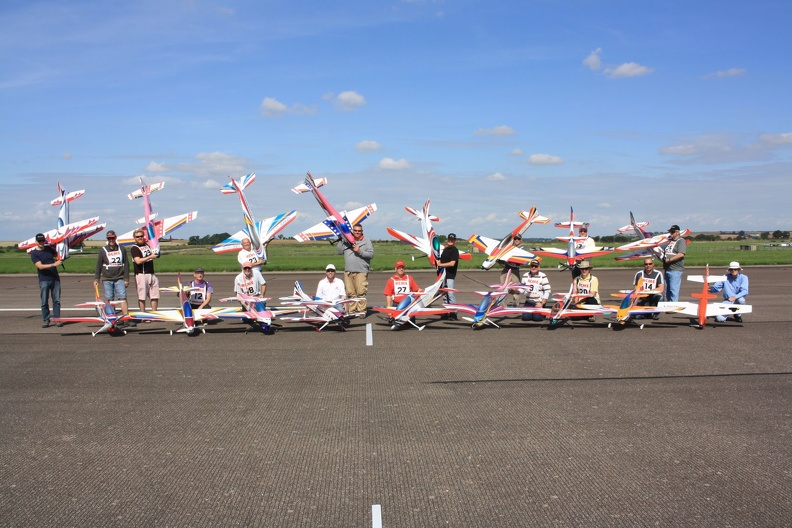 Most of our pilots on the runway Saturday lunchtime.